The PMA boasts a number of scenic sites, remnants of the plantation era and relics of our ancestral past.

Superman Waterfall is a private family-owned property. The downhill nature walk to the waterfall includes a lookout point with a view of Mount Gimie, Saint Lucia’s tallest peak.

The main waterfall (Superman Waterfall) derives its name from the Superman II movie; part of which contains a scene of Superman flying to the fall and picking a flower (bird of paradise) which he presents to his fiancée, Lois. 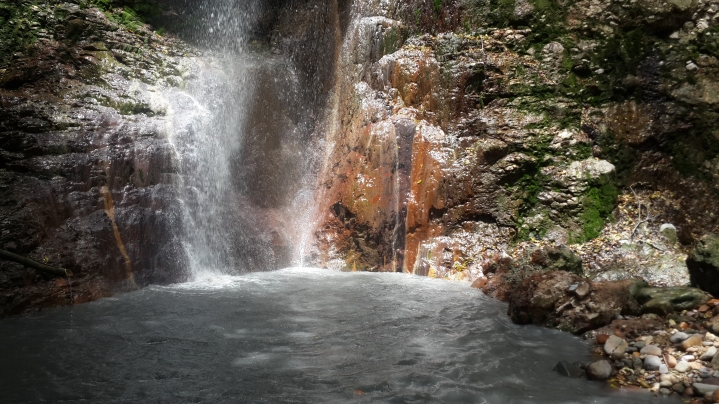 Morne Coubaril is a former plantation which in the mid-1700s was owned by the Devaux family. French authorities had established an administrative system in Saint Lucia and Phillipe de Vaux and his brothers Guillaume- Andre de Vaux des Rivieres and Henry de Vaux de Bellefond moved from Martinique to Saint Lucia to administer those lands. The Devaux brothers were granted a concession of land in the Soufriere valley, which was thought to be the most fertile part of Saint Lucia.

The plantation currently produces cocoa, coffee and copra, as well as growing a vast selection of tropical fruits such as orange, grapefruit and lime. In addition to the estate tour, Morne Coubaril offers visitors the opportunity to zip line, take a horseback riding estate tour and a historical estate tour. One can also visit the gift shop to purchase local souvenirs and the creole restaurant to sample local cuisine. 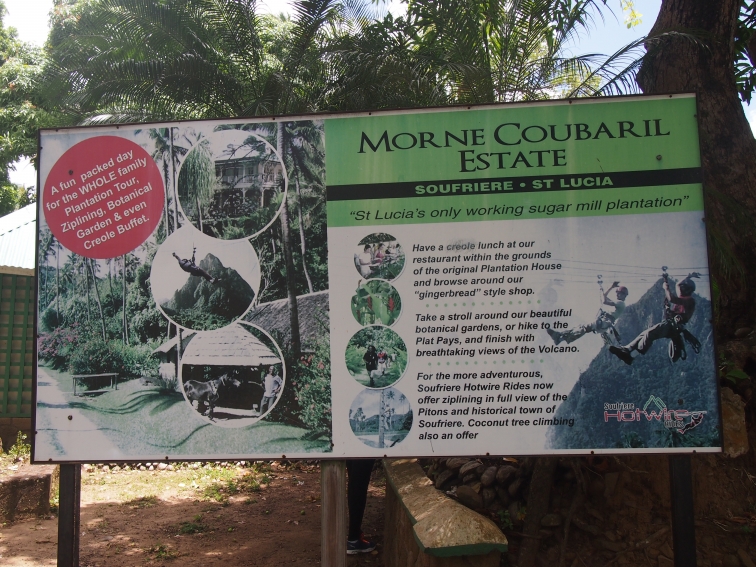 A privately-owned property, Sapphire Falls and Jungle Spa is home to two waterfalls. On a lucky day, one may be treated to sightings of the Amazona Versicolor (Jacquot), Saint Lucia’s national bird on the hike to the waterfall. 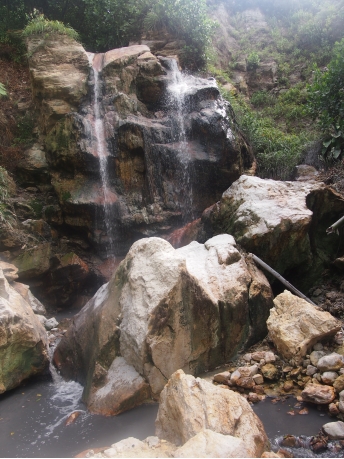 One of the oldest estates on Saint Lucia, the property was originally part of 2000 acres of land granted to the Devaux family by King Louis XIV of France in 1713. The property was once a working plantation that produced limes, copra and cocoa. It offers patrons the chance to take a short tour of its botanical gardens, visit the Diamond Waterfall, use its mineral warm baths, hike a nature trail, and visit the Old Mill Restaurant and the historic Soufriere Estate House.

An old plantation now transformed into Stonefield Resort, the property once produced copra and cocoa. The cocoa was shipped to Calgary, Canada. As a unique resort, its individual villas are designed to keep the setting as natural and local as possible. It boasts a nature trail leading to Saint Lucia’s best-kept petroglyphs.

Nestles in the shadow of Petit Piton, this property is a private family-owned establishment which includes a small waterfall and warm baths.

This estate located near Sulphur Springs is the setting for one of the most famous battles ever fought in Saint Lucia. The battle of Robot was fought on 18th April 1895 and represents one of the greatest victories inflicted upon the British by former enslaved people fighting alongside the French army. Hotel Chocolat, which includes a local chocolate production enterprise is located in that area adjacent to the cocoa farms on the estate.

At various points in its history, this 125-year-old estate was under sugarcane, tobacco and lime cultivation. For instance, preserved lime was shipped to Europe for use by the Royal Family. Today its focus is the cultivation of cut flowers and cocoa which are exported. Like many of the estates in the area, there was once a shrine on the estate to help keep off the souls of the dead.